The NBA has gone from thinking of Las Vegas as the best option to end the season to looking at Orlando and Disney World , more specifically. The league continues working and shuffling scenarios that allow the course to resume and the possibility that it will take place in the Walt Disney complex gains strength.

In the last hours, several American journalists have given value to this possibility, among them Shams Charania of The Athletic, and have indicated that if ” the protection of the players can be ensured, Walt Disney World Resort is a very valid option “

This possibility had emerged a few weeks ago and there are several elements that make it viable. To begin with, it is private land , which facilitates access control and logistics by the league with respect to Las Vegas, which, after all, remains a city with streets open to the public.

On the other hand there is the existing history between the NBA and Disney that have worked together and have even signed collaboration agreements in the past. Additionally, Disney owns ESPN, one of the major networks with the rights to the league.

As the NBA continues to shuffle scenarios, Disney World is also gaining strength from its existing structure . As is logical, it is currently closed to the public and it also already has the basic accommodations and services necessary to carry out the organization that the NBA plans.

However, for now this is nothing more than conjecture and the league remains firm in its position of not making sudden decisions , but waiting to see the evolution of the pandemic in the United States. What is clear is that, if resumed, the NBA would have to end its current season without an audience and with empty halls. 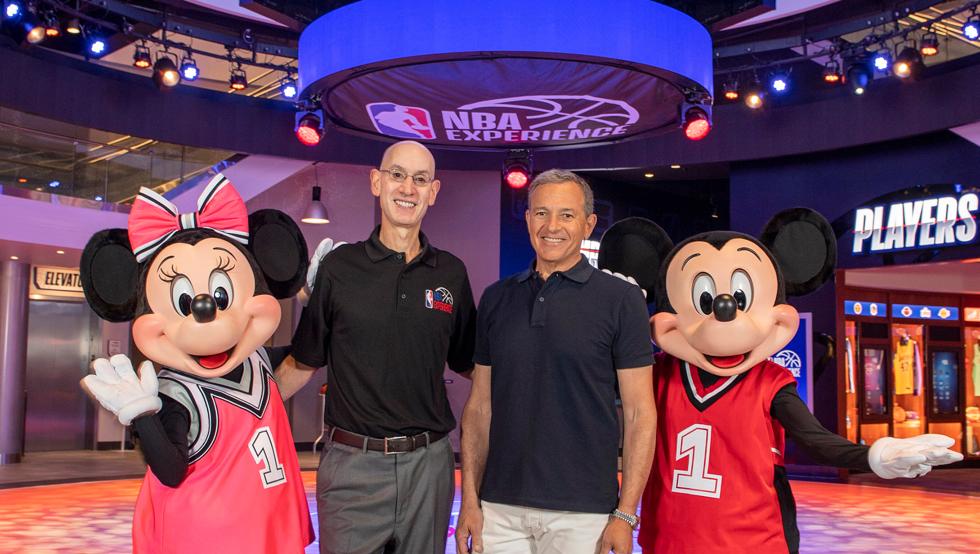