Hapoel Holon started the after covid curfew in a very negative way coming from two consecutive defeats Beer Sheva 73-85 and Maccabi Tel Aviv 65-103, with Stefanos Deda’s troops being in a very unpleasant position, even though they are currently at the 4th spot (12-11) they lost all the winning advantage they had 3 months ago! The seven inactive players Richard Howell, T.J Cline, Ryan Thompson, Marcus Foster, Joe Alexander , Amit Arbeli and Manny Harris were making the difference, while the released players Jaylen Johnson, Troy Caupain, Latavious Williams, Amit Simhon, Malachi Richardson and Angel Delgado seems that they haven’t been replaced properly.

Never the less, Jimmy Hall (who is all alone in the scoring) may find some assistance by Shavon Coleman who missed the last game and he is expected to play tonight! While Roy Huber is expected to get some more playing time in the court.. There are no evidences that some players will be missing this game, as the return of Coleman is something that is changing a bit the balances.

On the other hand, Maccabi Rishon has exactly the same attitude since the team’s comeback after covid was not the expected one! Two consecutive losses against Hapoel Jerusalem 78-84 and 86-93 were the results, having only one inactive player James Kelly, but it seems that the chemistry of the released players (Devon Saddler, Jordan Swing, Frederic Bourdilon, Jonathan Williams, Alex Churbevish and Danel Kozanihof) has not been replaced totally by Zach Hankins (ex Nymburk), D’Angelo Harrisson, Noam Avivi and Niv Baloul.. Never the less, it’s a derby game, with the two newcomers, Harrisson and Hankins having the offensive initiatives (in both the games) and looking better from game to game.. It is not expected to have any other missing players for the tonight’s game.. It is reminded that Hapoel Holon is at the 4th position with a 12-11 record, while Rishon is at the 3rd spot on the board with 13-10.. Both teams are far and away from the first two posts but very closed to the 5th and sixth post.. The game is crucial for both teams and the losing team will continue the negative strike for a third consecutive game and many things may change. 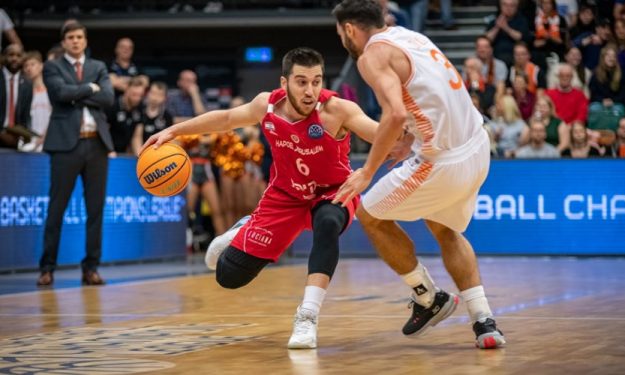