Hapoel Beer Sheva currently at the 10 position with a record of 9-14 begun the league after the covid break with two awesome victories over Holon 85-73 and against Nes-Ziona in an absolute derby with 85-83. The 28 years old Evan Bruinsma came quite “Hot” from the German Bayreuth and is leading the league in the scoring with his 46 points and 21 rebounds in these two first games (an average of 23 points and 11 rebounds per game!) and is making all the difference. From a closed distance is the Nigerian Caled Agada who came from the Spanish Melila in LEB Gold division, the dynamic guard is offering to his new teams (these 2 games) 15.5 points, 4 rebounds, 4.5 assists, 2.5 steals!! The same goes for Amir Bell, the American guard came from the Asean League and is offering to his team 17 points, 2.5 rebound, 3.5 assist, and 1 steal.. These three players are doing magnificnet and they are making the life of Coach Rami Hadar much easier!!

Hapoel Tel Aviv is currently at the 11th position with a record of 9-14 winning the first game after covid Maccabi Haifa with an easy sweep (92-72) but losing at the edge (81-82) against Galil Gilboa. Coach Kastritis made some changes during Covid and brought to the team six players, Talib Zanna, the Nigerian power forward from the Turkish Afyon, the American guard Jordan Davis from the Spanish Manresa, the Israeli Karam Mashour from the Frenhc ProB Gires/Oberhoffen and the Israelis guard Raz Adam and Gal Shterenberg from the National League of Israel and Netanya. 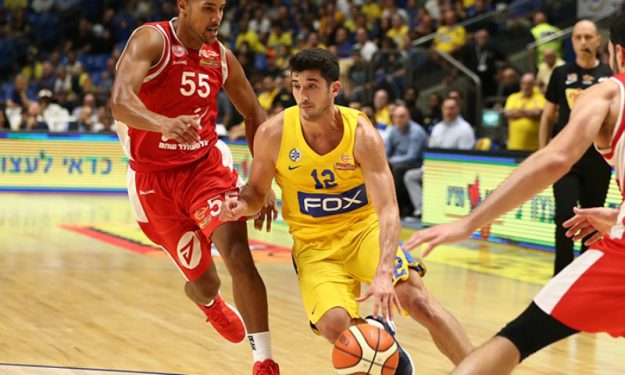