Alba Berlin already have a hand in the title, the team played a practically perfect game and taking advantage of a lackluster Ludwigsburg won with a great difference of points, 88:65.
The Berlin team was superior both offensively and defensively, doing a job with a lot of concentration and aggression. They put pressure on the Ludwigsburgers throughout the game and did not let their opponent play.

The team once again showed the quality of their team play and also proved that they have a lot of individual quality, as Ludwigsburg coach John Patrick pointed out before the game, “At Alba, there are ten people who can score 20 points. They have a lot of weapons, and you never know which one to use before. ” In the game seven ALBA players registered double-digit scores, Martin Hermannsson and Rokas Giedraitis scored 14 points each, Landry Nnoko, Marcus Eriksson and Niels Giffey added 12 points and Luke Sikma and Peyton Siva scored 10 points.

If on the one hand Berlin came with all their might, John Patrick’s team arrived for the game quite absent, its main player and MVP candidate, Marcos Knight, did not recover from his ankle injury and was absent from the game, that factor it shook the team not only physically but also psychologically. In addition Wohlfarth-Bottermann and Hans Brase arrived for the game outside their ideal conditions, even with all these difficulties the team did not surrender and fought hard, Jonas Wohlfarth-Bottermann even without being 100% was one of the team’s best scorers with 11 points and even caught 6 rebounds. However, the team’s efforts were not enough to avoid defeat.

Despite this, the team does not give in and keeps hope alive for the second game, “It never ends,” said giant captain Jonas Wohlfarth-Bottermann. “We tried to fight and we didn’t make a big difference, but Alba has a lot of quality.” For coach John Patrick, some players were super motivated and “we had a bad ball, but I’m proud that we didn’t give up”.

And the Berlin team knows this and is prepared for a big duel next Sunday, “Something can always go wrong against Ludwigsburg,” said Alba manufacturer Baldi on Friday night. “Against Göttingen and Oldenburg, I didn’t say: Oh, now we have to be careful. But against Ludwigsburg. You get in your head, you can lose control of the game very quickly.

However for the last game the Swabian team will possibly need to once again overcome the absence of their great player, it is very unlikely that Marcos Knight will be able to play and that fact was acknowledged by John Patrick, “I still don’t know. He told himself who is in a lot of pain. I can’t force it, “said coach John Patrick.” I respect that too. He always fights, he played with minor injuries all season. I believe him when he says it’s too much. Of course, it’s a big blow if he can’t play ”. 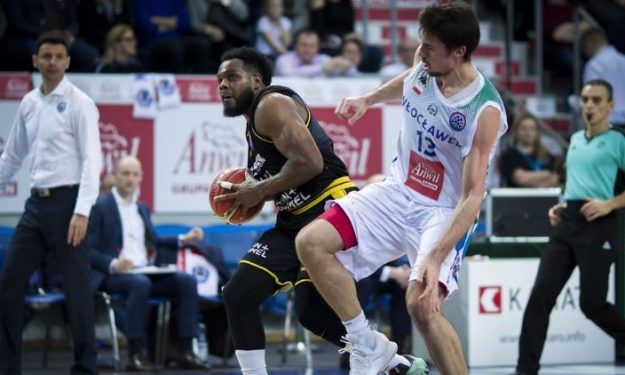