The ledgentary Dimitris Diamantidis of Panathinaikos, an All-Decade Euroleague member who was voted by fans, media, players and coaches, to be a part to the first all-decade team this century, is officially the president (as of today) of the six times Euroleague trophy winner, Panathinaikos. One of the best two-way guards to ever play the game in the European courts, Diamantidis could either shut down an opponent on defense or dominate the game on offense.

He proved that in the prime of his career, during the 2010-11 season, winning multiple awards as he and his only Turkish Airlines EuroLeague club, Panathinaikos Athens, won their third title together. Dimitris Diamantidis will try to balance the relations of Panathinaikos with Euroleague and Jordy Bertomeu, himself..

A respectable and ultimate team player, Diamantidis entered the new decade (201-2020) as a two-time EuroLeague champion and one of the superstars in the competition. In 2011, at age 31, Diamantidis became the first and only player ever to earn EuroLeague MVP and EuroLeague Best Defender honors. He led Panathinaikos to the Final Four and ended up guiding the Greens to their sixth continental crown.

Diamantidis rounded out a perfect season by earning the Final Four MVP honor. Despite only playing six EuroLeague seasons in the decade between 2010 and 2020, Diamantidis ranked seventh in assists (867) and fifth in steals (204). Only two players with at least 150 games played during the 2010s – Nick Calathes (5.9 apg.) and Thomas Heurtel (5.6 apg.) – had higher assists averages than his 5.5 per game. Dimitris Diamtidis without shorts but with his suit will try to win titles now not in the court but in the Euroleague offices!!! 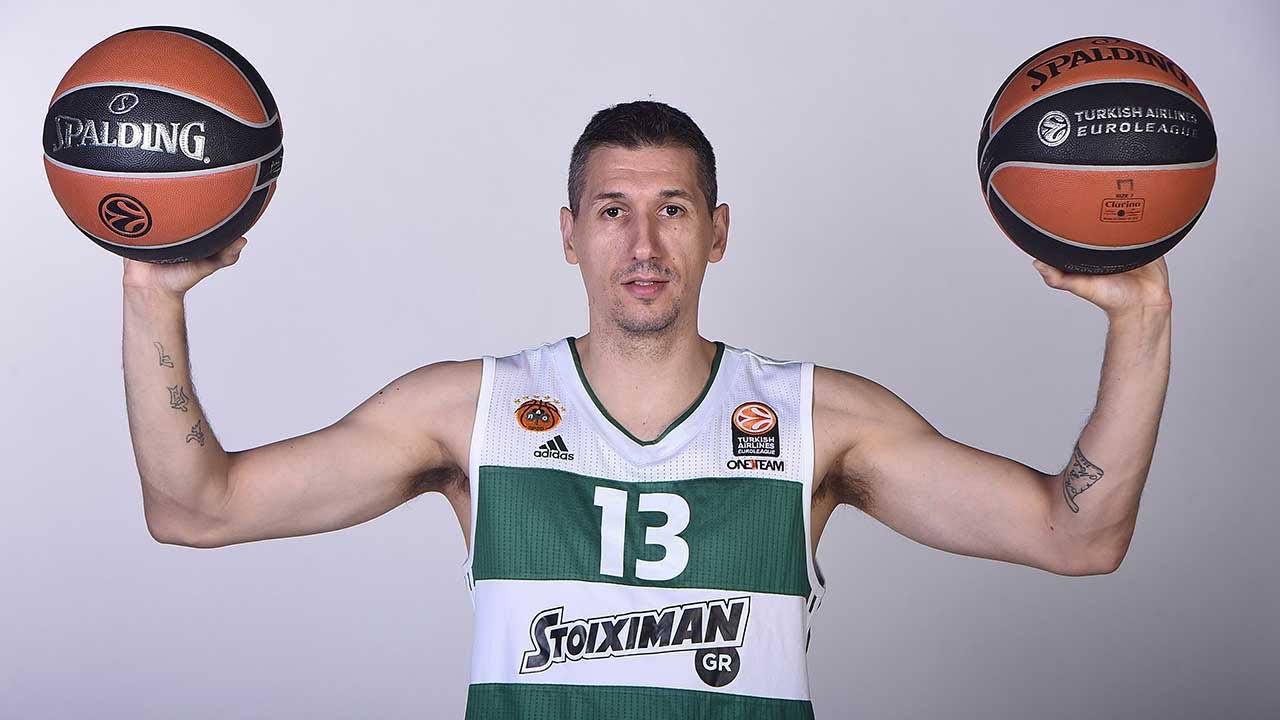