Elisa Viihde will travel back in time to spring 2017, when Helsinki Seagulls and Kouvot twisted a memorable semi-final series. Stadio’s quarterback Antto Nikkarinen recalls the final moments of the match and the double overtime, after which the Lokit advanced to the semi-finals.

Elisa Viihtei showed the third match of the semi-finals series two weeks ago, which was quite a fireworks display. Opposite were the fast-paced and compact Kouvot and the giant Seagulls, conducted by Antto Nikkarinen, who played through the MVP.

– The whole series of matches was such that Kouvot was terribly small, fast and threw corners. We were bigger again. The matches fluctuated depending on which one stays better playing their own game, Nikkarinen recalls.

At strawberry aho’s atmospheric Jatke Arena, the galleries were full and during the last ten seconds of the actual playing time, Kouvojen James Sinclair grabbed the offensive ball from his own free throw and fed under the basket to Arttu Saarijärvi, who docked for 72-69…, but Seagulls had four seconds left.

– I remember that overtime was taken, a pattern was drawn and it went about right. Raymond Cowells got a pretty hard third in the air that wouldn’t go in terribly often, but now it went. Cowels had still thrown the whole series badly, I guess they were the only threes in the whole series that went in, Nikkarinen smiles.

Through two overtime periods, the match turned out to be a real battle of the Titans, with the players barely surviving in the locker rooms.

– The overtime merges into one another. If I remember correctly, then the first was leveled at the end. The other took the lead from the beginning and was held to the end.

After the semi-finals, Kataja Basket proved to be too hard a piece for Seagulls in the semi-finals. However, the season was historic for the young club, which won its first Finnish Championship medal in a bronze match against Karhu Basket.

– It was a good season and we had a good sick gang. In another year, they would probably have fought for the championship, but in the semi-finals, Kataja was quite clearly better, Nikkarinen recalls.

Although Nikkarinen had already cemented his place in the elite of Finnish quarter builders by this season, the 2016/17 season was one of his masterpieces: at the end of the season, Nikkarinen won the Korisliiga Player of the Year award.

– We set out to build the gang from scratch. Me, Mikko Larkas and Pepe Velling created an attacking game that would feel like its own. Over the course of two years, it changed and went really well. It felt like the reins were in their hands, the players agreed. And we had completely icy players.

– Almost every game player likes to play with the big ones roaring under the basket. We still had two great center Devonte Upson and Junnu Lee who were still different players. On the other hand, there is little left in the picture that it could not be used to its best advantage. 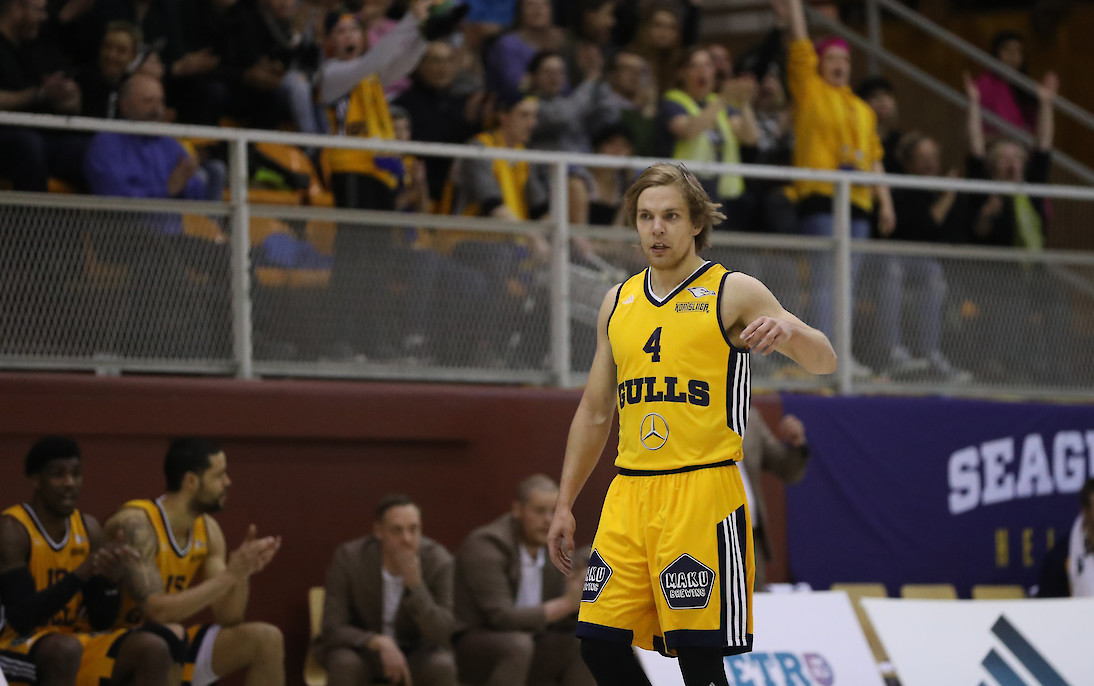